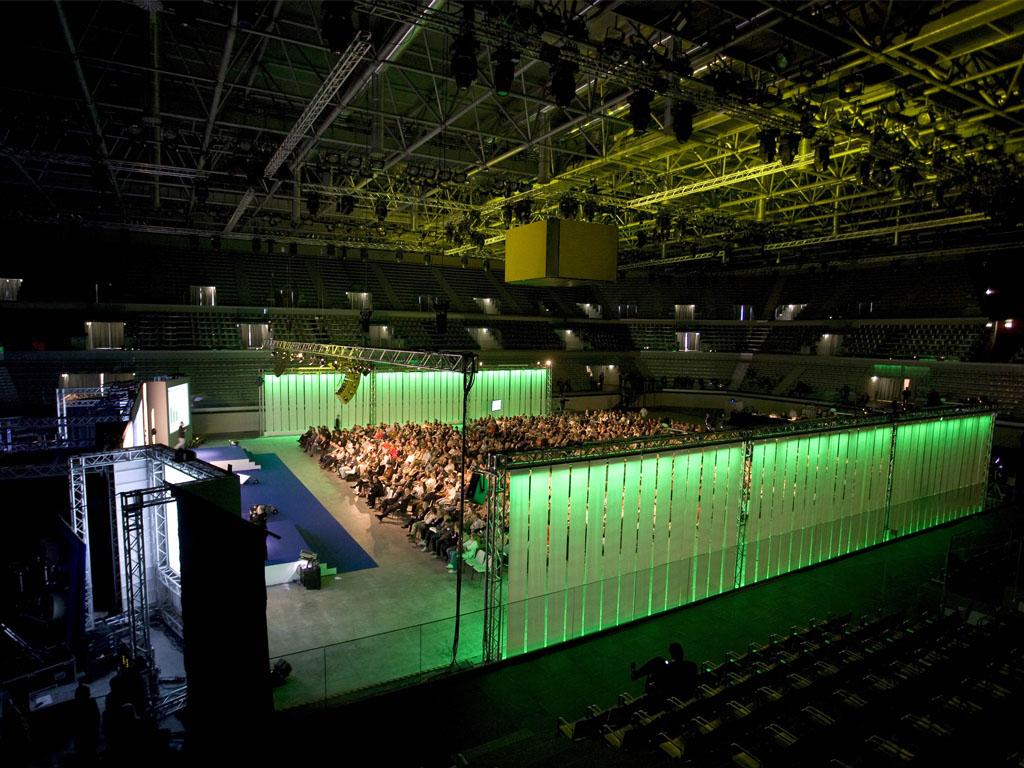 The new Palavela is a reinterpretation, by Gae Aulenti, of the Palazzo a Vela. The building was inaugurated during the celebrations of Italia '61, centenary of the unification of Italy. Renovated in 2004 to host the Torino 2006 Olympic Figure Skating and Short Track competitions, in 2010 it hosted more than 88000 spectators including sporting events, entertainment activities and shows. In recent years, the Palavela has identified itself as a center of excellence of events and entertainment activities for families in the field of sports (hosting major international competitions such as the ULEB Cup basketball, the World Ice Skating Championships, the Davis Cup and the European Volleyball Championships), and in July 2018 the partnership with the company FIAT TORINO AUXILIUM was formalized, sanctioning the use of Palavela as the venue for the team's basketball matches for the following 5 years. The Palavela is very flexible and it can be used for different purposes, such as corporate events, conventions, gala dinners, parties. In addition to the parterre, the structure offers a series of spaces that can be used for different types of installations. The building has 29400 square meters of gross area divided into three levels, 17000 square meters of external area and 12400 square meters of covered area, seating a total of 8294 people, which comes to 9038 seats including the parterre tribunes.