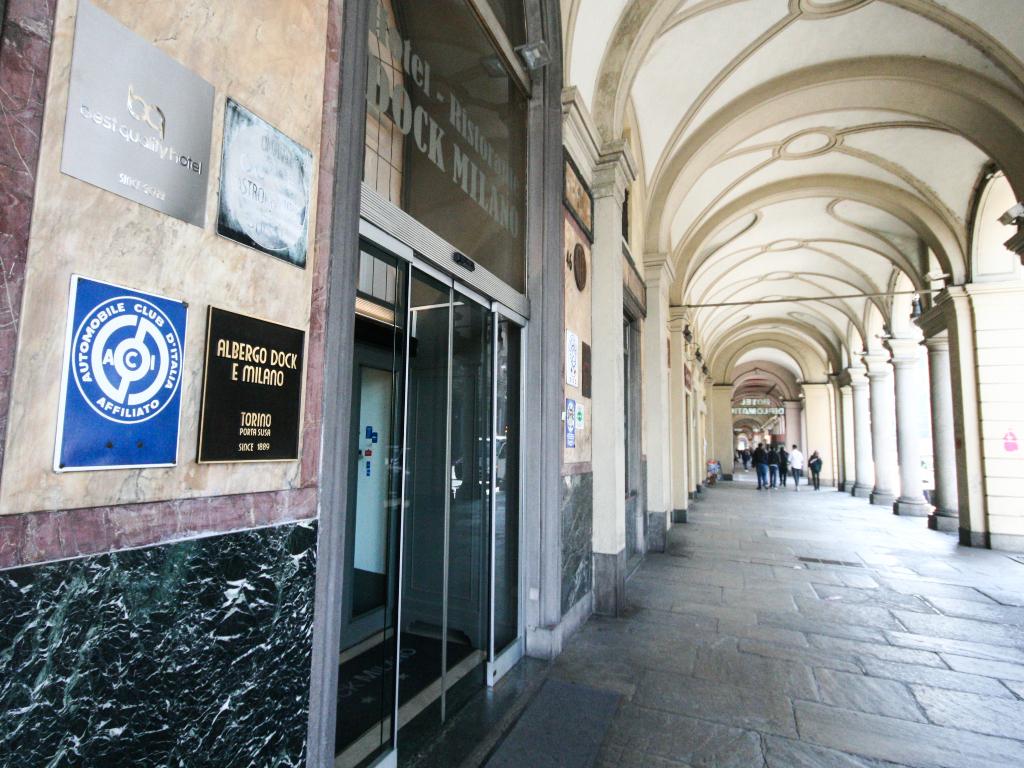 This historic hotel wa founded in 1889 under the name of Albergo Dock & Milano. Its name derives from the fact that at the time, Porta Susa Station, located just in front of the hotel, was the main freight and passenger terminal to and from Milan. Later the Albergo Dock & Milano, though preserving the original Liberty masterpiece, was enlarged and modernised, becoming one of the most fashionable meeting places in the city.

Over the years it then lost the "&" and went through several management changes, up to our group with the new name Best Quality Hotel Dock Milano in 2018, the year in which it was completely renovated while maintaining the valuable architectural elements of its time, which make it unique.

Number of rooms
70
Room description
The 70 rooms at the Best Quality Hotel Dock Milano are available in the Basic and Classic categories and in single, double, twin, triple and quadruple, with the following basic amenities: soundproof windows, air conditioning (cool in summer and warm in winter, as you want it!), telephone with external line, Wi-Fi connection, minibar, flat screen TV with satellite and foreign channels, full length mirror, reading light, Simmons mattresses with high quality branded linen/soft duvet. Some rooms have a balcony overlooking the internal courtyard, or on Via Cernaia or Piazza XVIII Dicembre. All bathrooms have a magnifying mirror, hairdryer and products with dispensers.
Position
The BQH Dock Milano is located in the historic centre, not far from the main museums and tourist sites, which can be reached with a pleasant walk between Baroque and Liberty buildings. It offers modern rooms with free Wi-Fi and parking facilities. It is conveniently placed for all connections, and in particular for Juventus Stadium and Lingotto Fiere, accessible by public transport in 15 minutes. In addition, the shuttles for the airports Turin-Caselle, Milan Malpensa, Milan Linate and Milan/Bergamo Orio actually stop right next to the hotel.
Distance
Distances from the hotel to the main points of interest: - Turin-Caselle Airport 14 km - Venaria Reale 7 km - Olympic Stadium 5 km - Turin Pala Alpitour 5 km - Lingotto 5 km - Torino Esposizioni 5 km - PalaRuffini/Primo Nebiolo Stadium 4 km - Palavela 6 km - Juventus Stadium 4 km - Politecnico 1.5 km - Porta Nuova Station 2 km - Porta Susa Station 50 m - Egyptian Museum 2 km - Palace of Justice 1 km
Services
Reception h24, Wi-Fi connection, nearby parking lot (€11 per night), rich breakfast sweet and savoury, with a choice for people with food intolerances; laundry service, luggage storage. Rooms for families with children or with small pets.
Seasonal closure
Open all year round